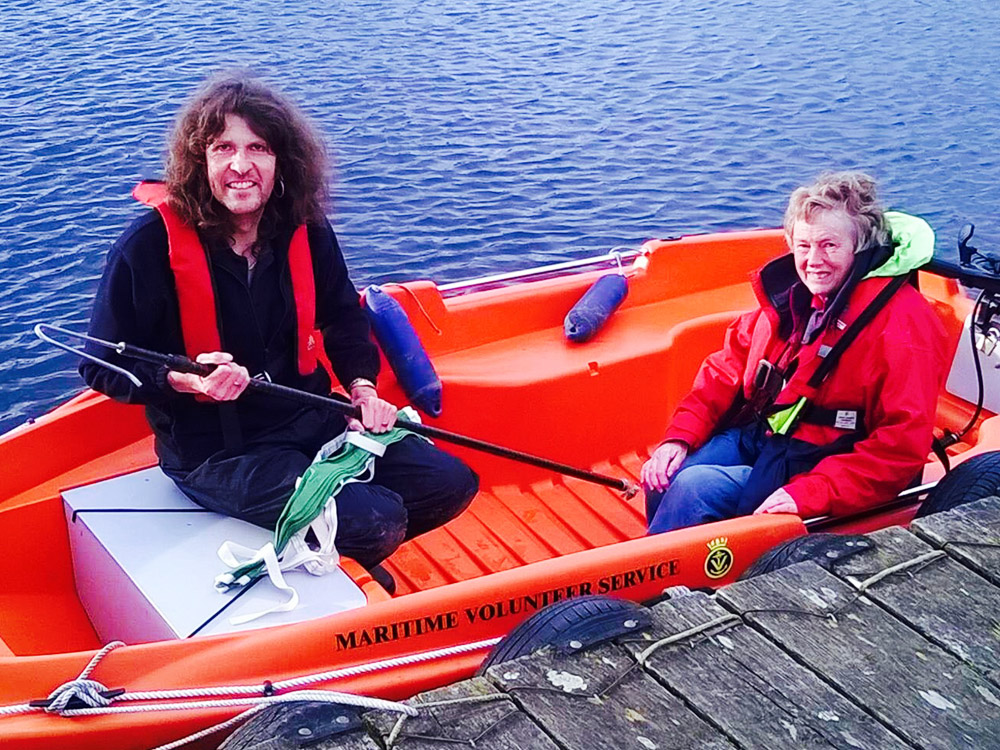 When a sharp eyed youngster, out on the Tewkesbury trip boat spotted a swan with a large lump in its neck he drew it to the attention of boat skipper Will Fish who is also a member of Severn Unit​.
Will said, “I watched the bird carefully every time I passed it during the day and realised it was in obvious distress, so I contacted the Vale Wildlife Hospital at Beckford near Tewkesbury​ who said they would come out but they needed the use of a boat.”

Martin Brookes, the manager of the hospital was taken out in one of the Unit’s boats to find the casualty which was found at Tewkesbury Sailing Club.
Martin managed to catch the swan with the aid a special hook and then opened its beak to make an examination.

The blockage was actually compressed grass and vegetation which was stuck as a solid ball below the swan’s tongue and down its throat preventing it from eating or drinking.
Following some attention the swan was returned to the river to join its mate and appeared none the worse for the experience.

The MVS and the new COVID-19 Tier System